I was out looking for birds that I could fill my view finder with when I saw some movement in a clearing beneath a group of trees. I saw a bird make a little hop from right to left and I immediately thought “crow.” To my delight, it turned out to be a juvenile Red Tailed Hawk. He was grabbing pieces of fallen bark with his talons, and overturning them by flapping his wings and lifting himself off the ground a few feet. I assume he was looking for food, but maybe he was just being a kid. 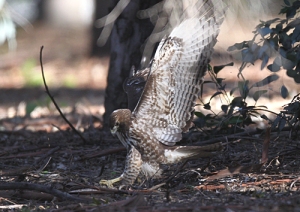 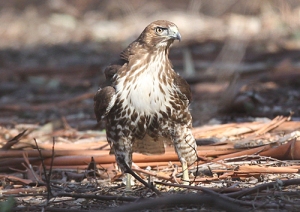 When he took flight, I lost focus on him in the foliage that was between us. He only flew twenty yards or so and perched in a nearby tree. I took photos of him in the tree, but, I was really just waiting for him to take off again so I could catch him in flight. 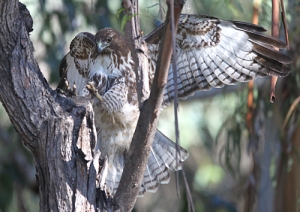 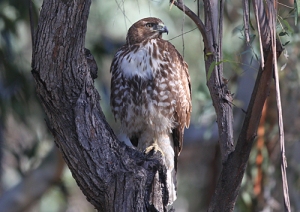 After holding my position for about five minutes, my shoulders, eyes, and hands began to tire and I became very uncomfortable. I reached for my strap to wrap around my shutter hand for some support, and of course, he swooped out of the tree and left me in the dust. All I got was an overexposed picture of him soaring through the sky; leaving me, and an arsenal of obscenities, in his wake. 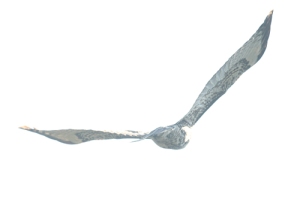 I was pissed. I know better than to give in to discomfort like that. More times than not, you miss the shot, and it hurts worse than whatever physical pain you may have been feeling.

I refused to be denied, so I took note of his flight pattern and set out to track him down. I found him in another tree about a hundred yards away a few minutes later. He was facing away from me, so I worked my way around to face him; this way, I could get a head-on shot of him taking flight when he decided to take off again. 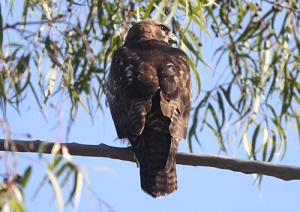 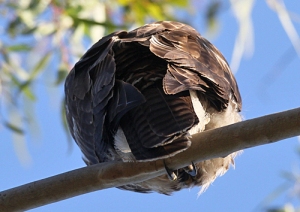 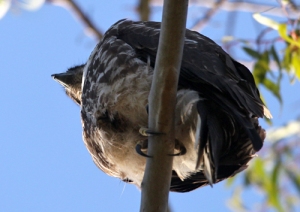 He sees me hawking him, but, doesn’t seem to care… 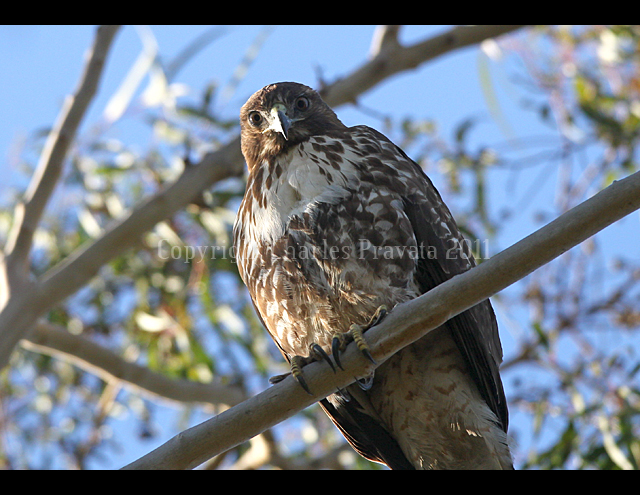 Ten minutes pass, and it looks like he is ready to take flight. He raises his head, his wings come up, and… 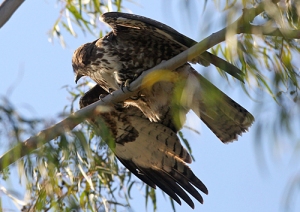 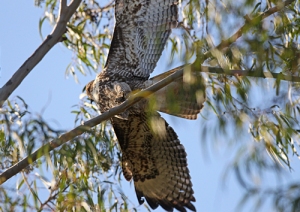 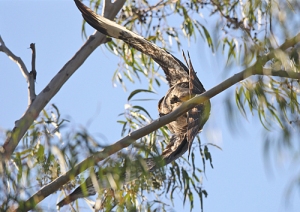 …he turns around and goes the other way.

This is the second time this has happened to me today. Earlier this morning, a mature Red Tailed Hawk pulled the same move. 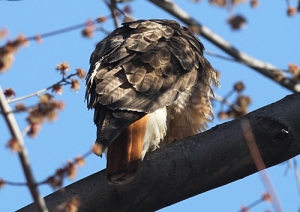 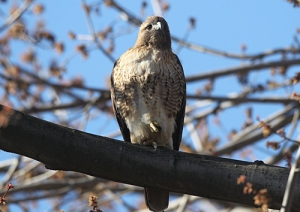 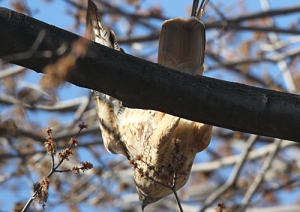 I need to rethink my approach.

Southern California by way of Brooklyn, NY
View all posts by Pravata →
This entry was posted in Uncategorized. Bookmark the permalink.

3 Responses to Hunting the Hunter